David Castera (Director of the Dakar Rally and the Rallye du Maroc):
“I have been using the Tripy RiverNotes software now for 10 years and thanks to Tripy’s flexibility, competence and reactivity we have been able to make an important number of evolutions which has made this the best software for creating routes and road books. The way road books are written has evolved, colour has become indispensable and RiverNotes is the ideal tool for this. Come on the Rallye du Maroc and discover RiverNotes and equip yourself with a simple to use professional tool!”

Michel Ferry, General Commissaire for the Monte-Carlo Historique :
The Automobile Club de Monaco has always been keen to be at the cutting edge of technology and improve the quality of its events. With the growing reputation of our regularity rallies it was indispensable to offer a tracking and timing system which ensured perfect equity for all the competitors. After our specialists had validated the Tripy system, following a comparisons with traditional timing keeping, the quality and reliability of the data obtained by the GPS Tripy II trmcb ® has proved irreproachable on our Rallye MCH since 2010, ensuring the services the organisation were looking for: constant precision, the itinerary followed by each crew, as well as the systematic control of speed in built up areas, a control that has become essential for the future of rallies. For the 2018 Rallye Monte-Carlo Historique, the latest Tripy product, the new GPS Tripy-R ® was used for the first time in all the 314 cars entered. This new technology allowed the recording of all of the 70,650 finishes along the 2000 km route, achieving a 100% score with unequalled precision, including in topographically difficult areas such as the Col du Turini, for example. In conclusion, in addition to offering increased passive safety, thanks to the alarm buttons and the automatic accident detection, making our event safer, the GPS Tripy-R ® also makes it more equitable, thanks to the number of invisible finish points, while assuring a degree of reliability compatible with the demands of our competitors.
Official ACM letter

Christian Jupsin, DG Sports-Tour de Belgique:
“Christian Jupson and Robert Vandervorst, along with the whole DG SPORT team, would like to congratulate Tripy Rally Services for their work during the 2014 31st Tour de Belgique: impeccable presentation during which 1 million tracking position points were taken, over the 23 regularity tests which peppered 3 superb days of racing, featuring 219 timing points for each of the 99 competitors entered. More than satisfied!”

Etienne MASSILLON Race director for the Condroz-Huy modern rally:
“During the Rallye du Condroz we were able to localise participants, check the data and the clocking in times. Cars leaving the track visible on the programme allowed us to intervene very rapidly and send logistic vehicles easily to known points. After the rally the system allowed us to localise roadside damage caused by the competitors and action our insurance. Looking forward to next year, to use the possibilities offered by Tripy even better.”

Julien Letullier, Désertours Organisation (Rose des Sables, 4L Trophy):
Since 2017 we have used Tripy for our ladies trophies the "Trophée Roses des Sables" and Trophée Roses des Andes", which we use for recording the distances and checking the route, for the classifications and also to allow all the competitors to follow the road book with precision by using the Tripy tripmaster, an amazing tool! I have to say that Tripy are now part of our events.” 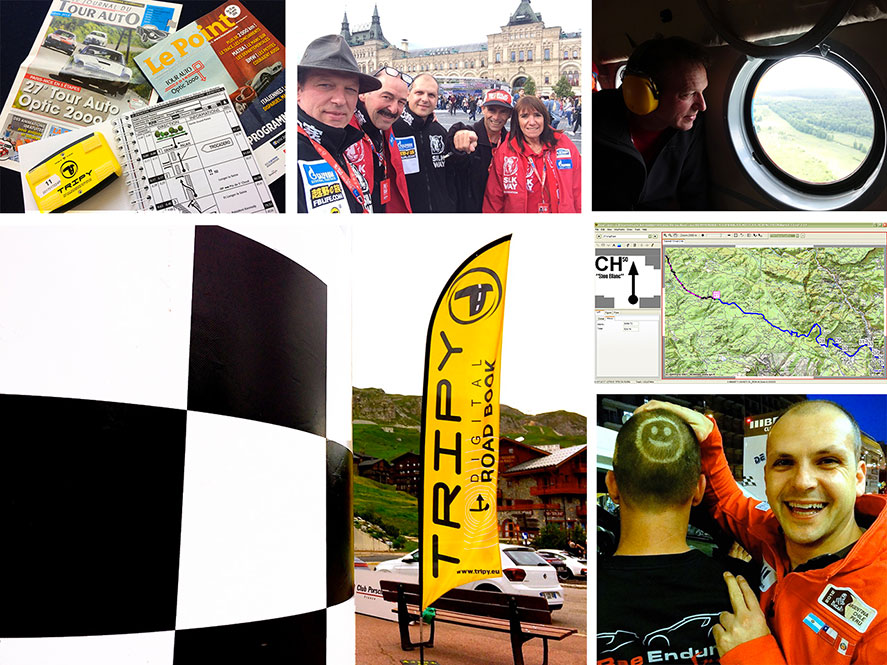 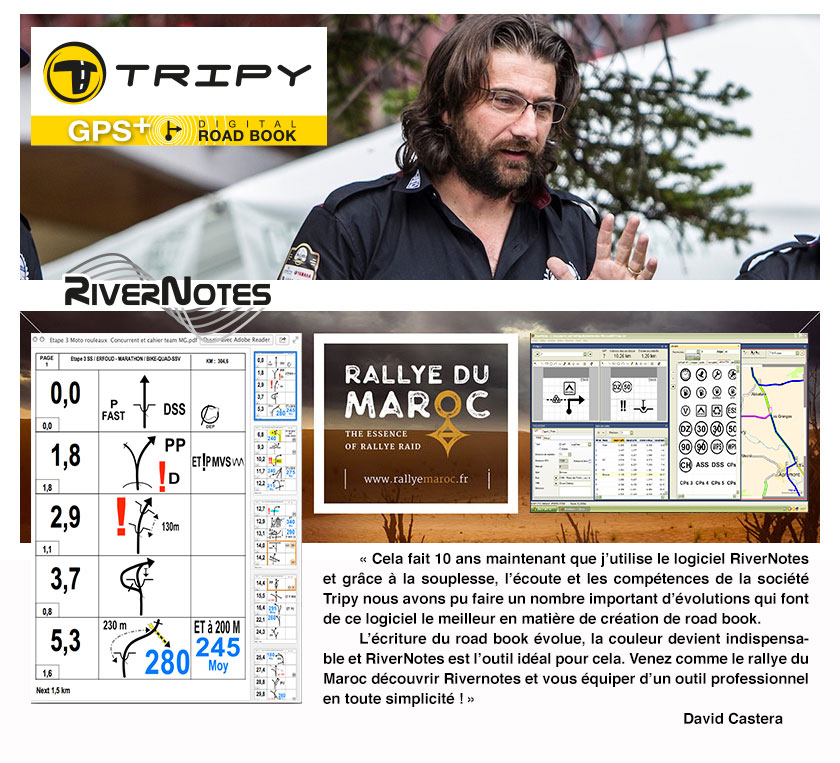