The organiser and their calculations service receive and a login and password to be able to consult the Rally Control web interface, accessible from any PC or tablet. The Race Direction can therefore check the progression of crews, the times for each finish of every special, the route taken, the distance covered, eventual speeding, technical alerts, safety alarms, the status of the units (external power supply, battery, the state of the firmware, GPS reception quality, ‘age’ of the geo-localisation).

As an ultimate backup, in addition to the information being sent to two separate servers, all the data recorded and calculated by each Tripy-R remains in the unit until the end of the rally. 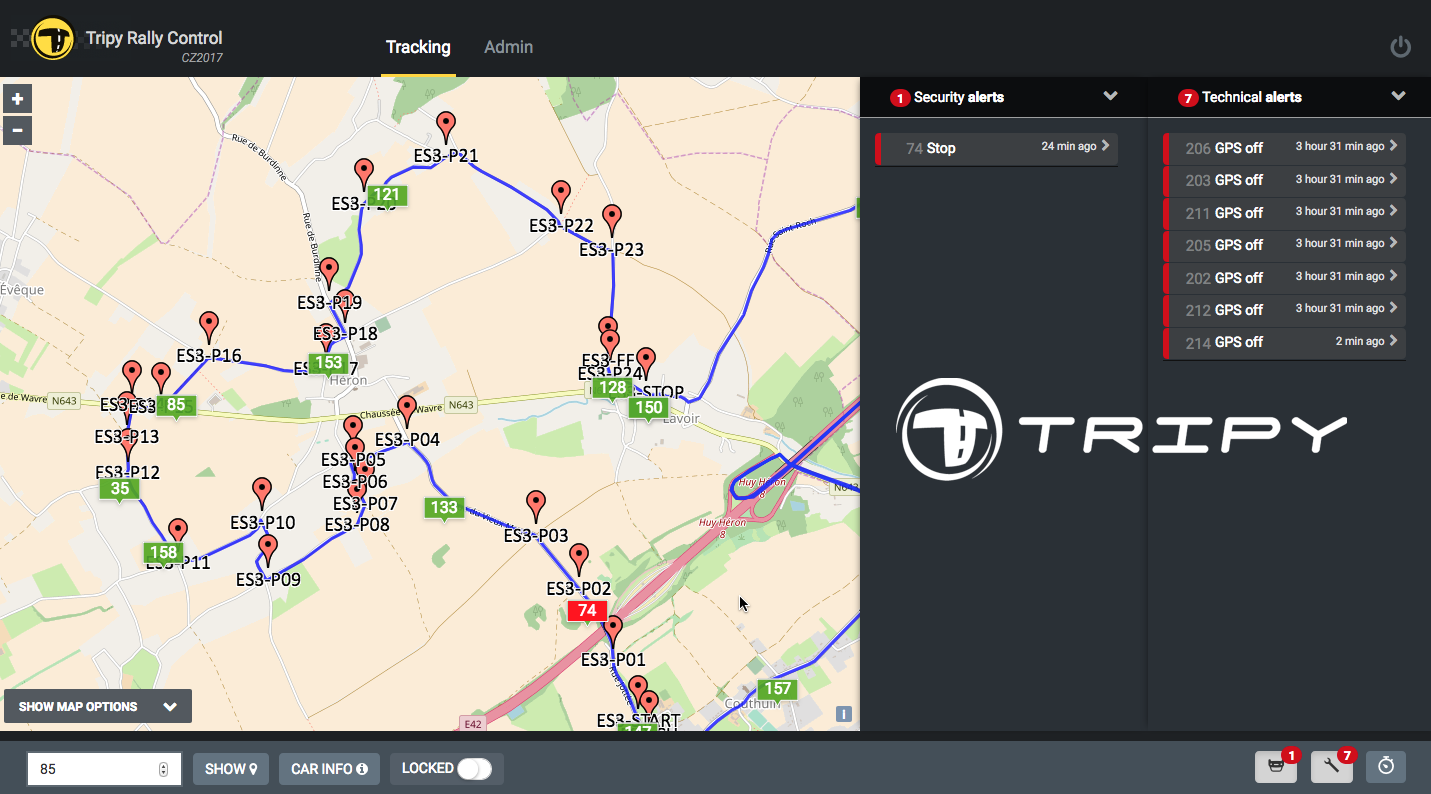 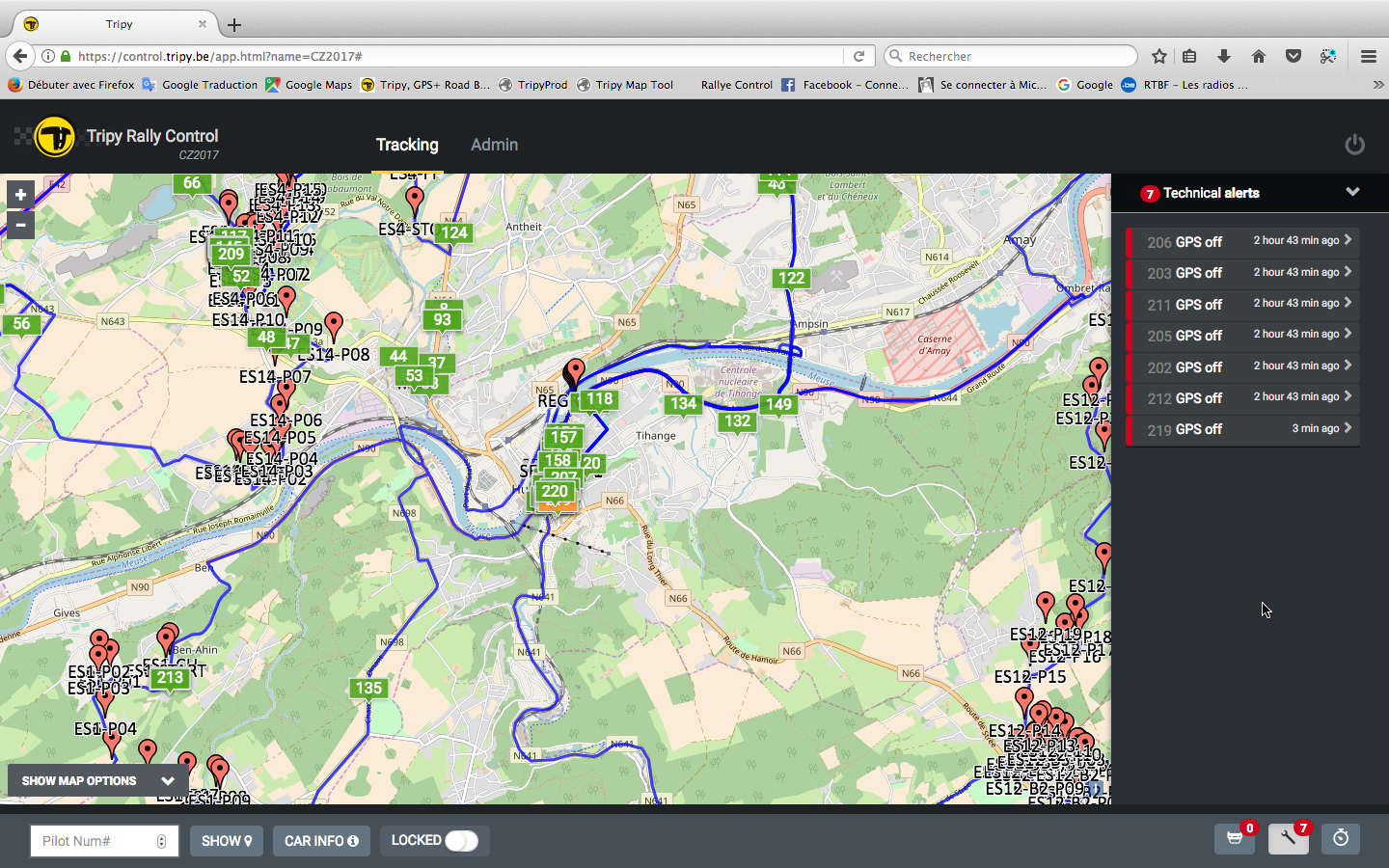 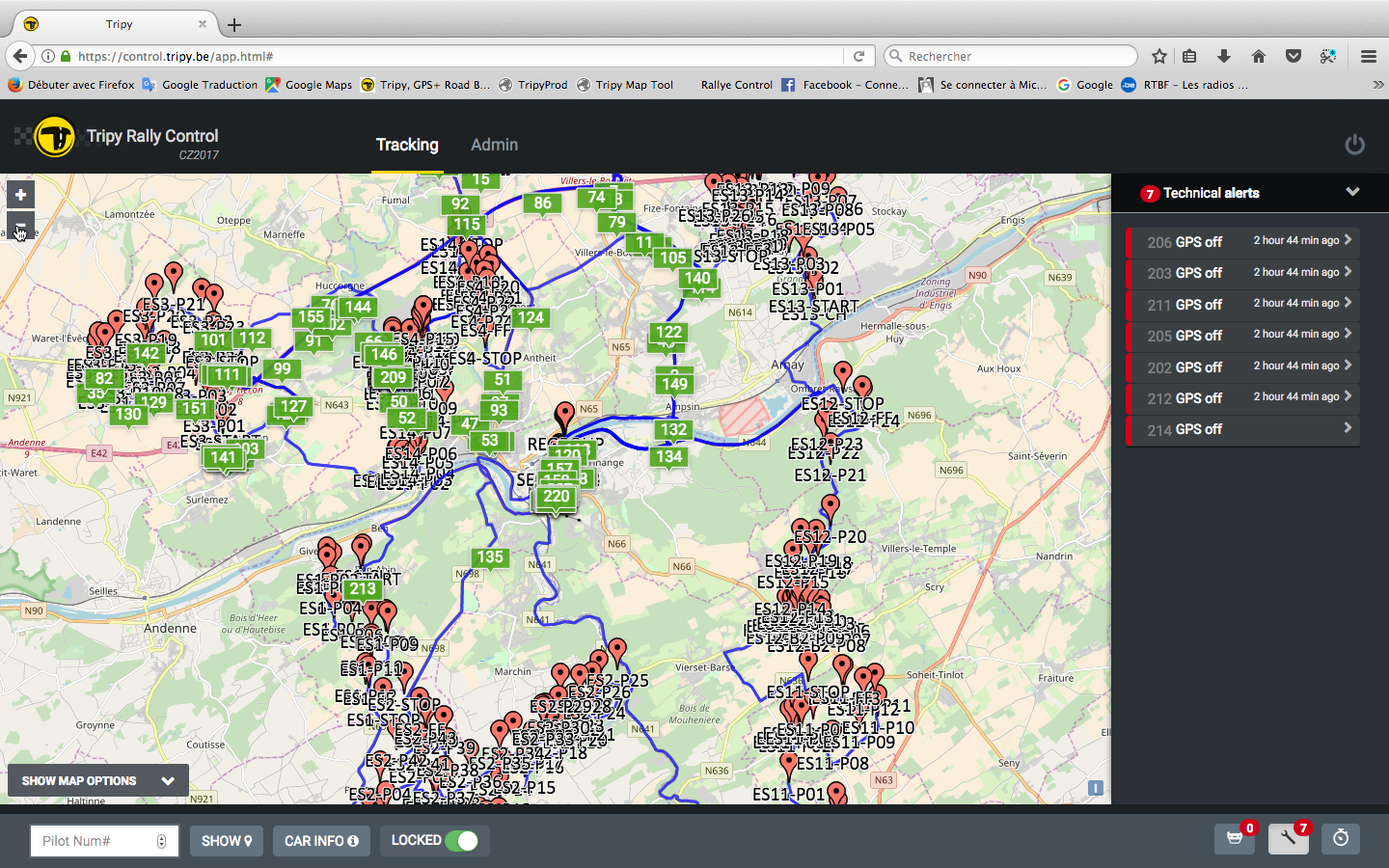 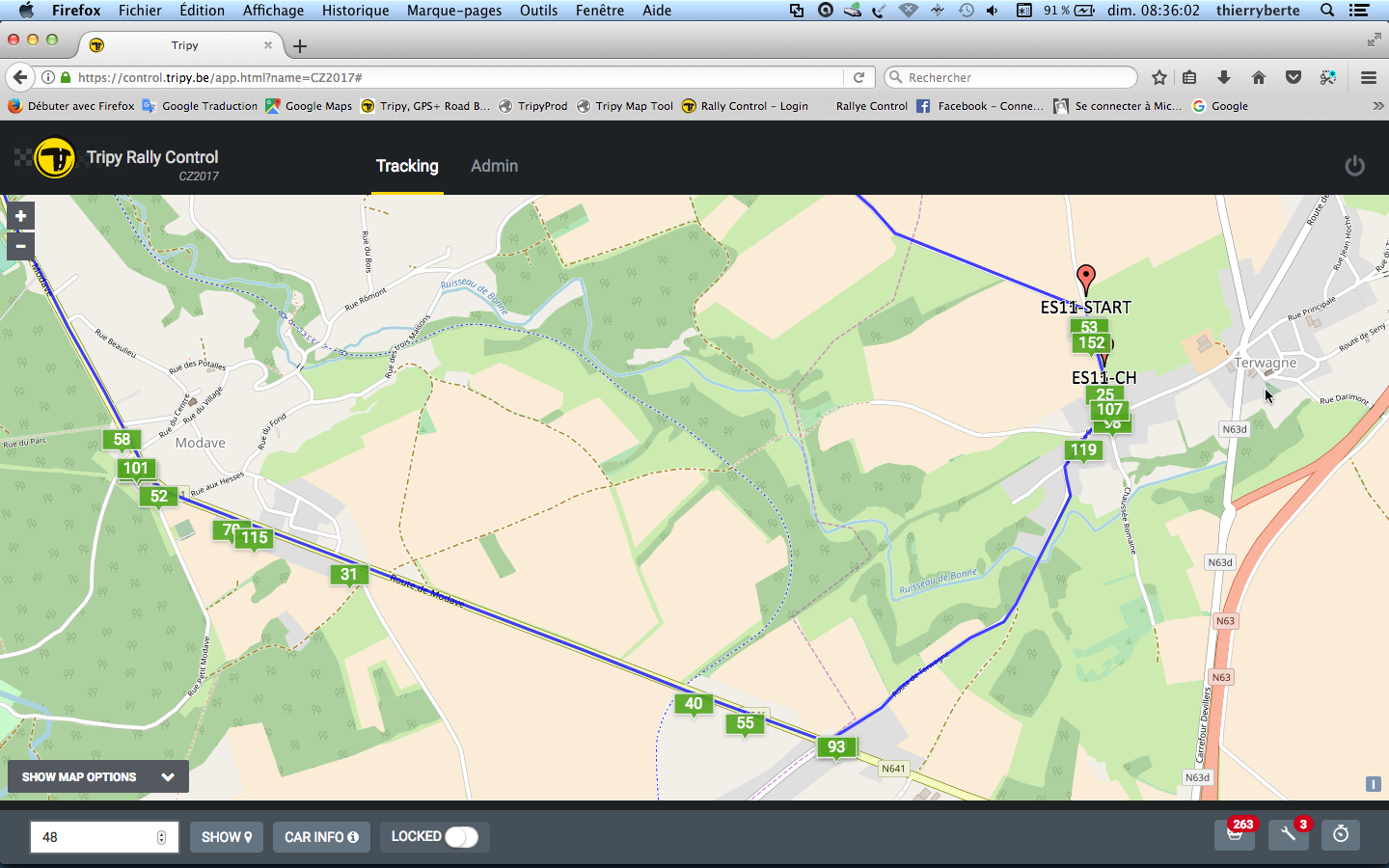 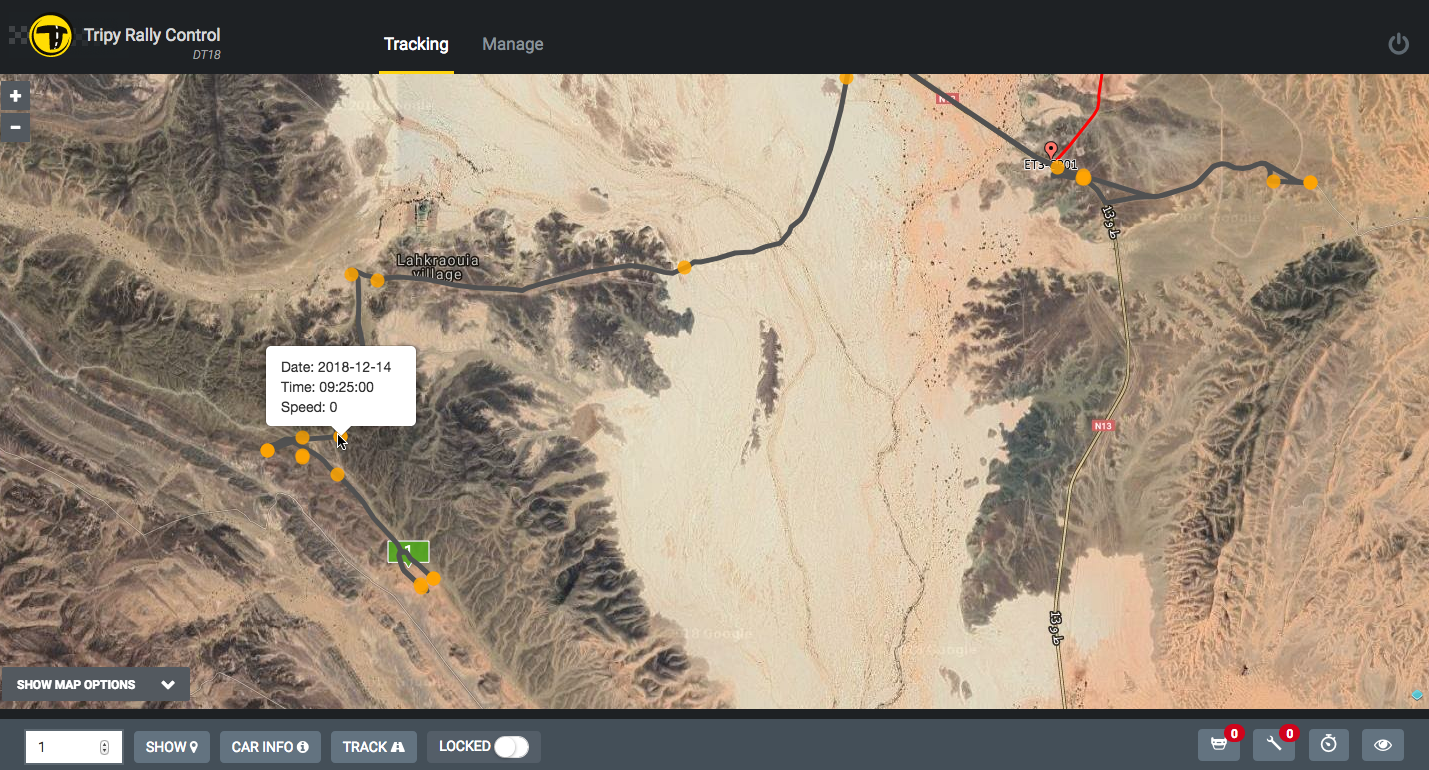 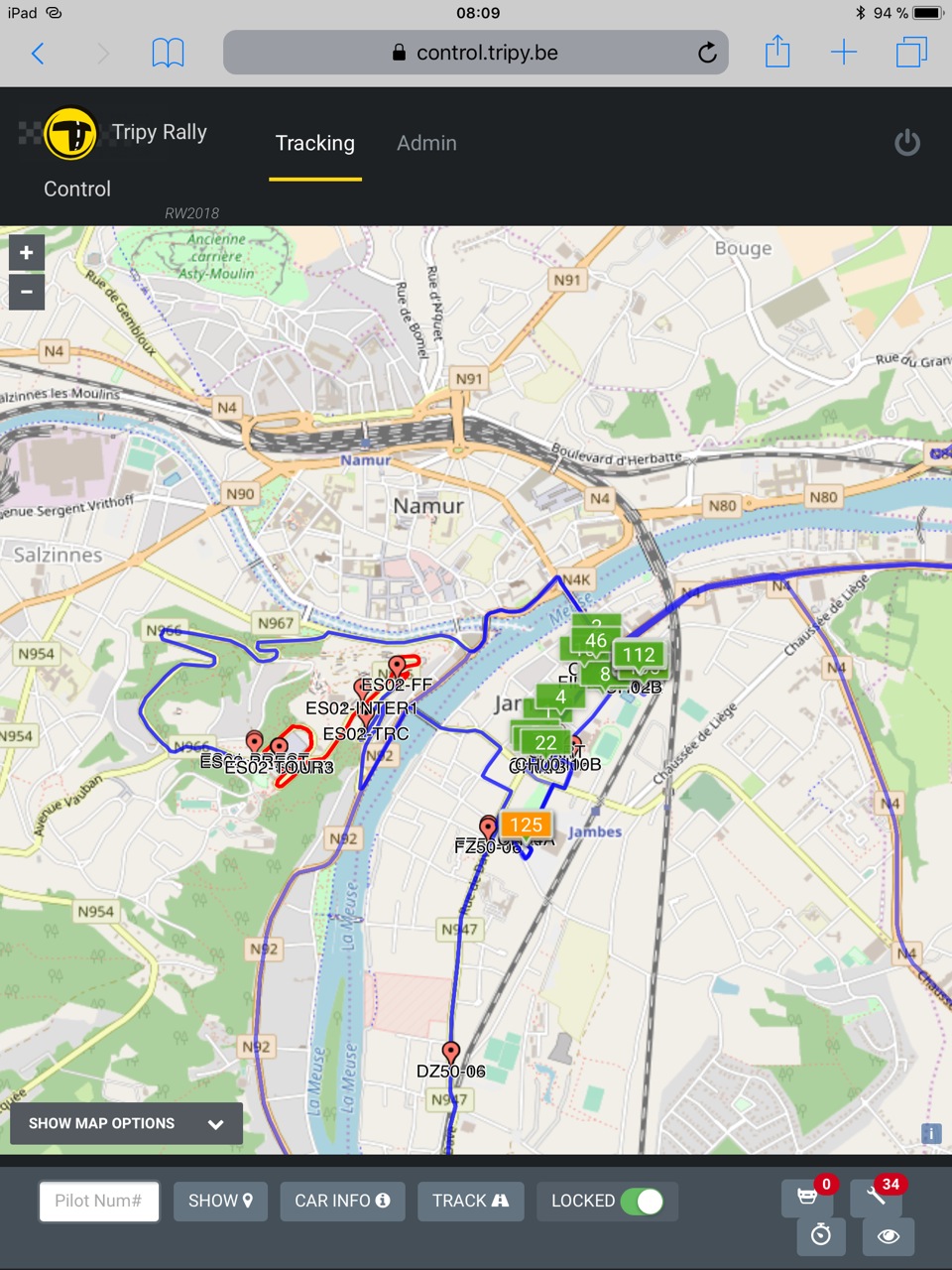 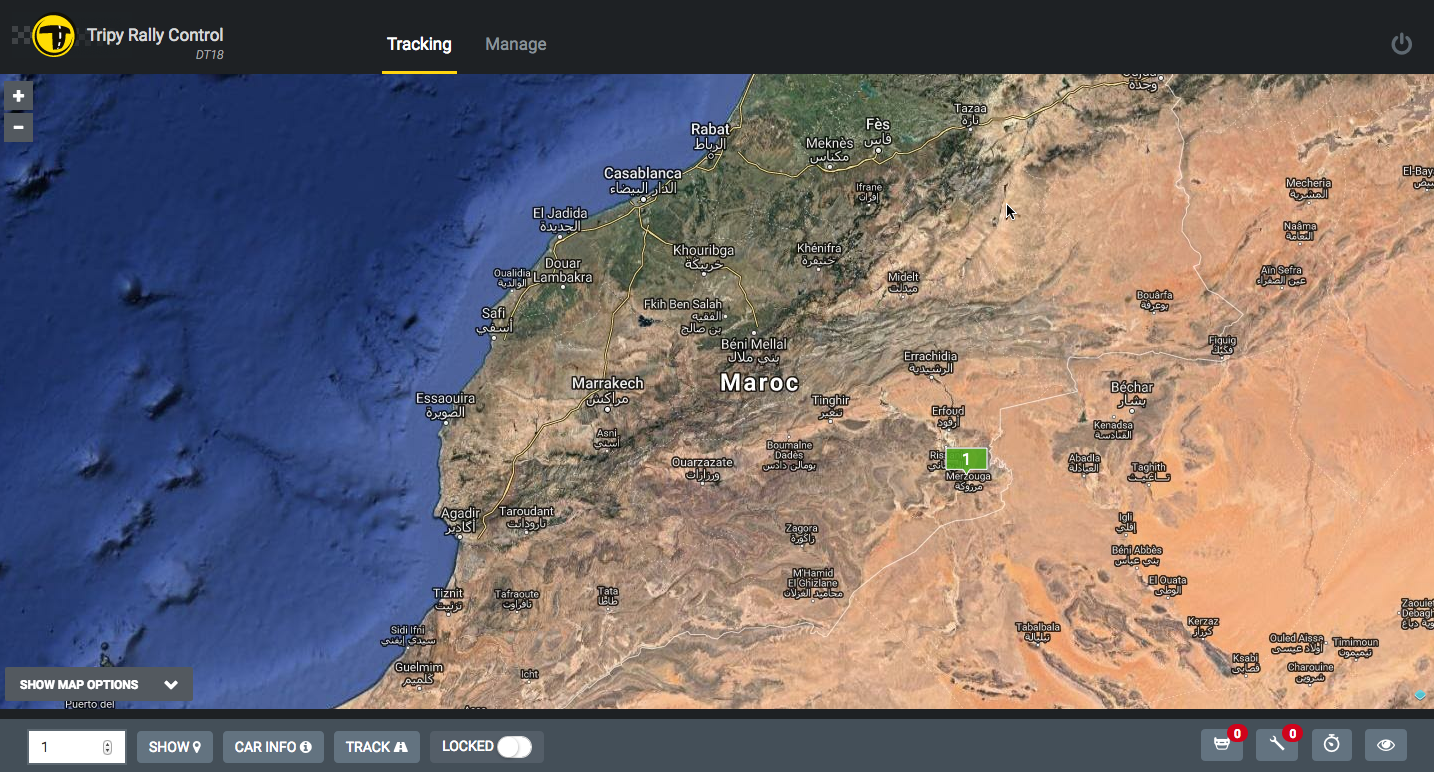 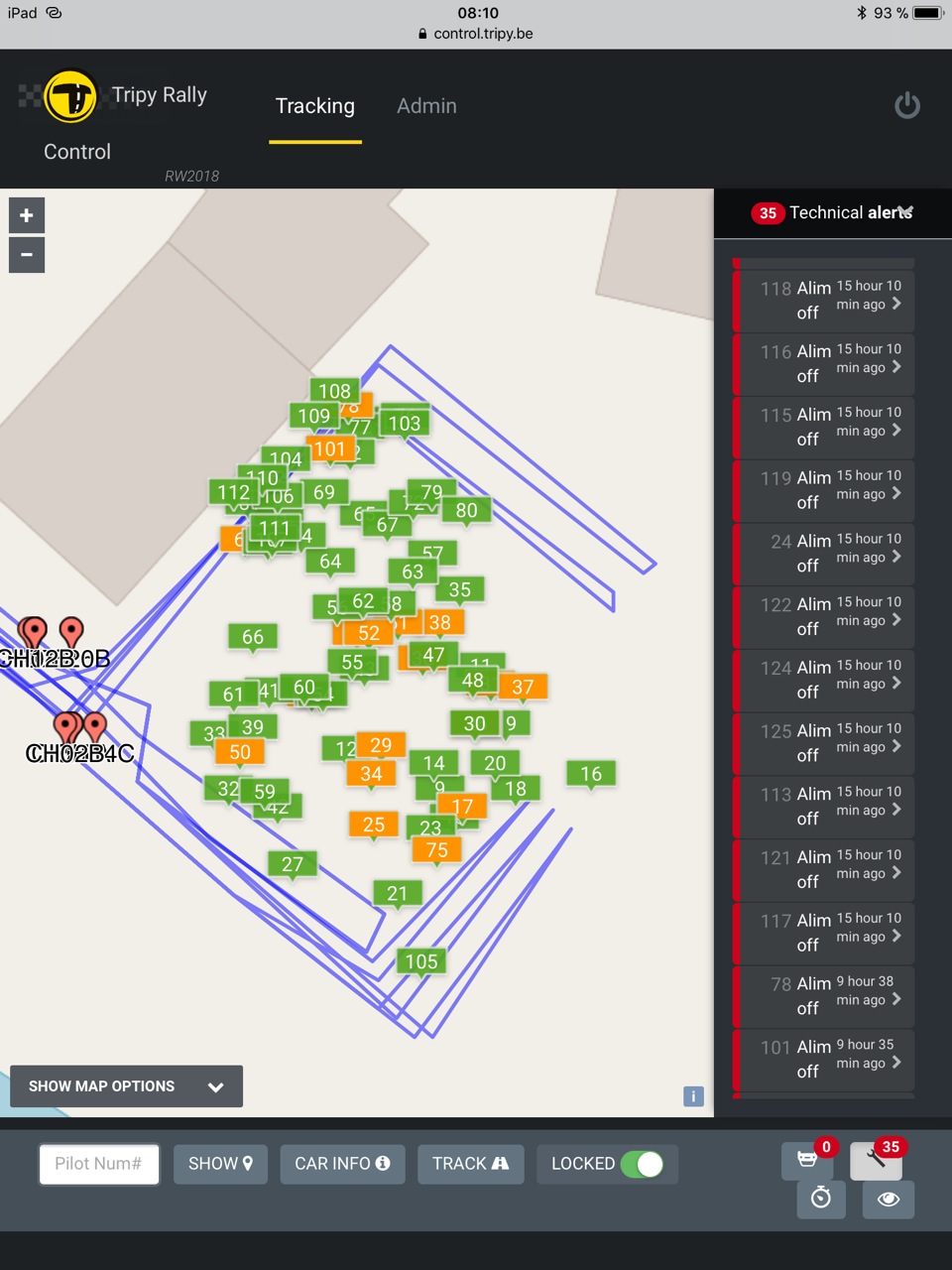 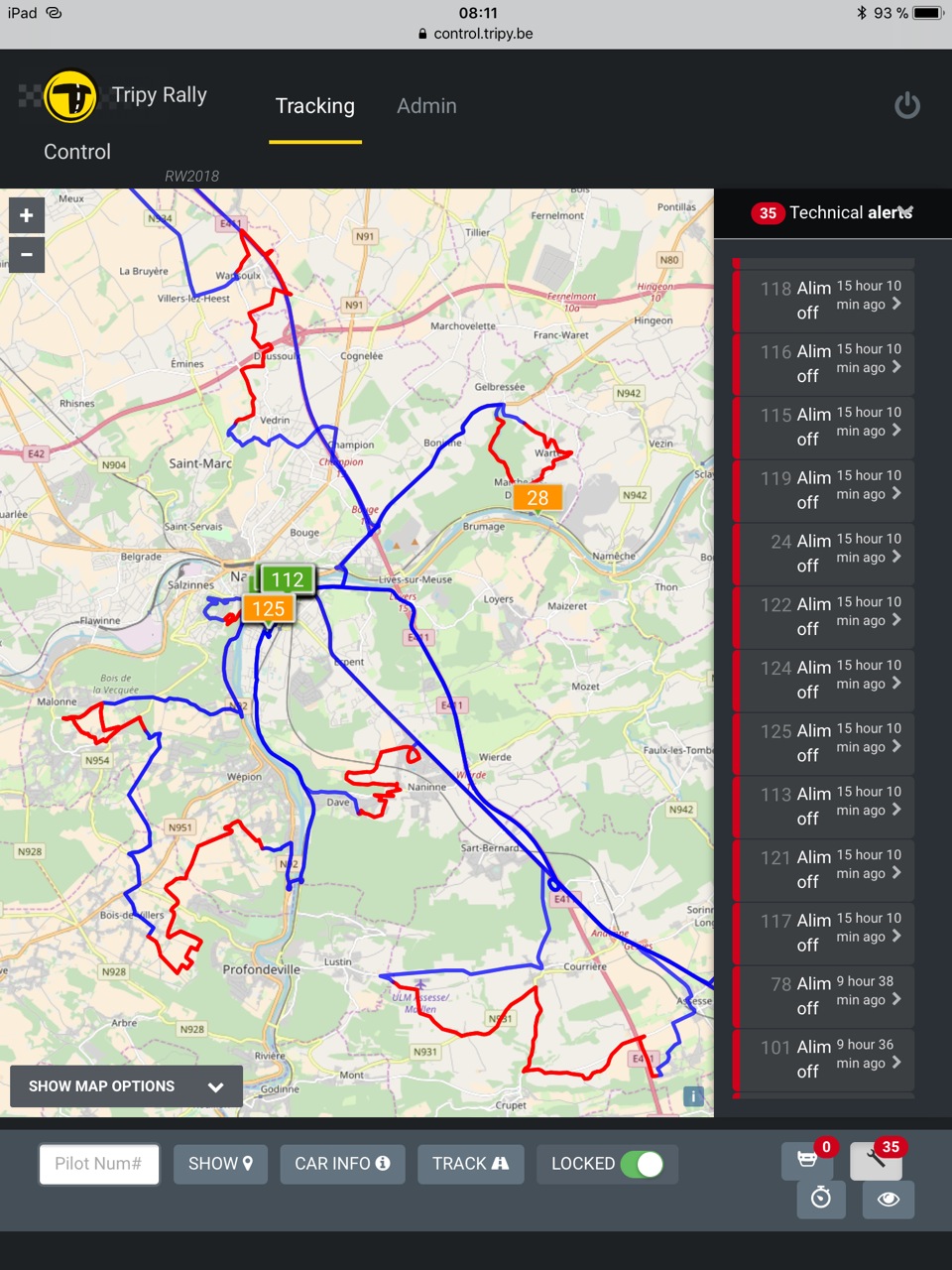 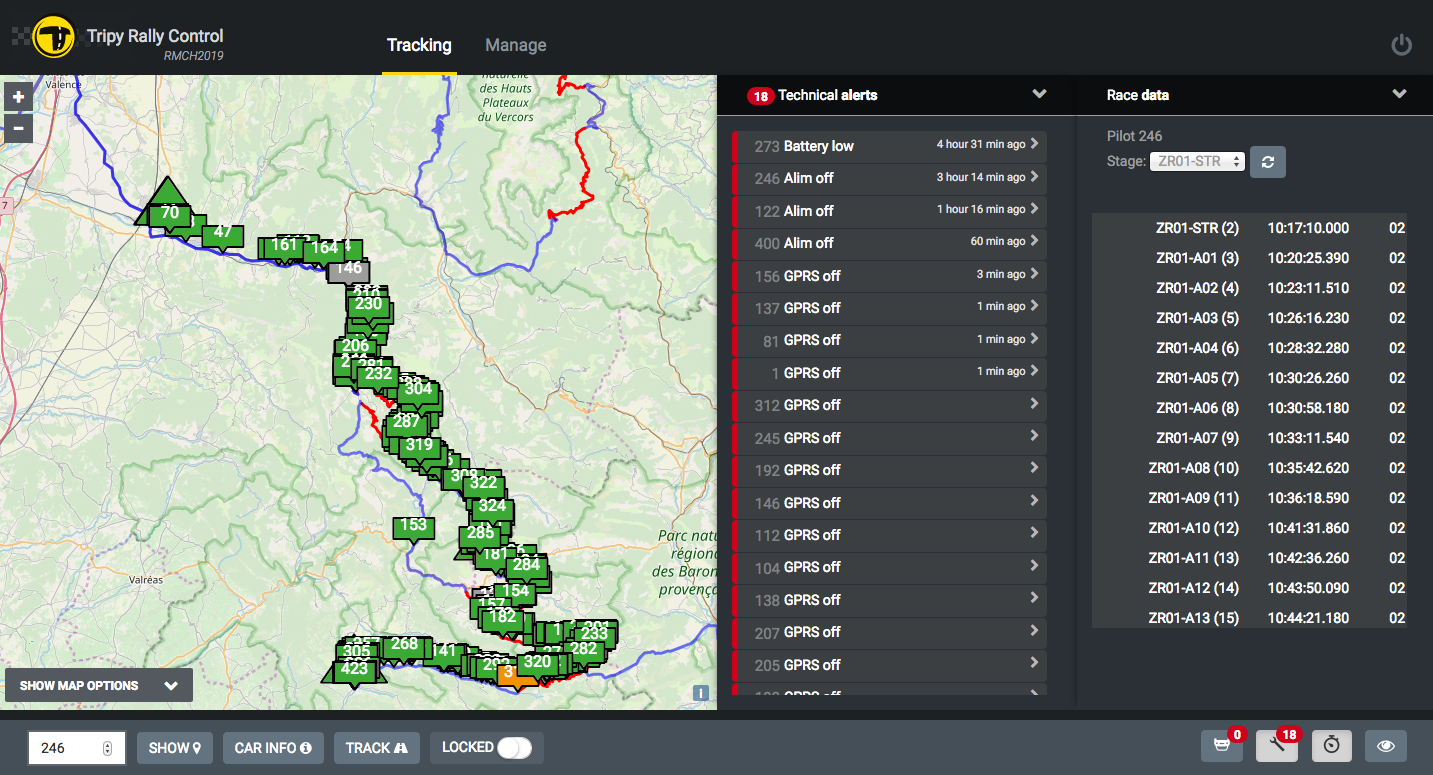 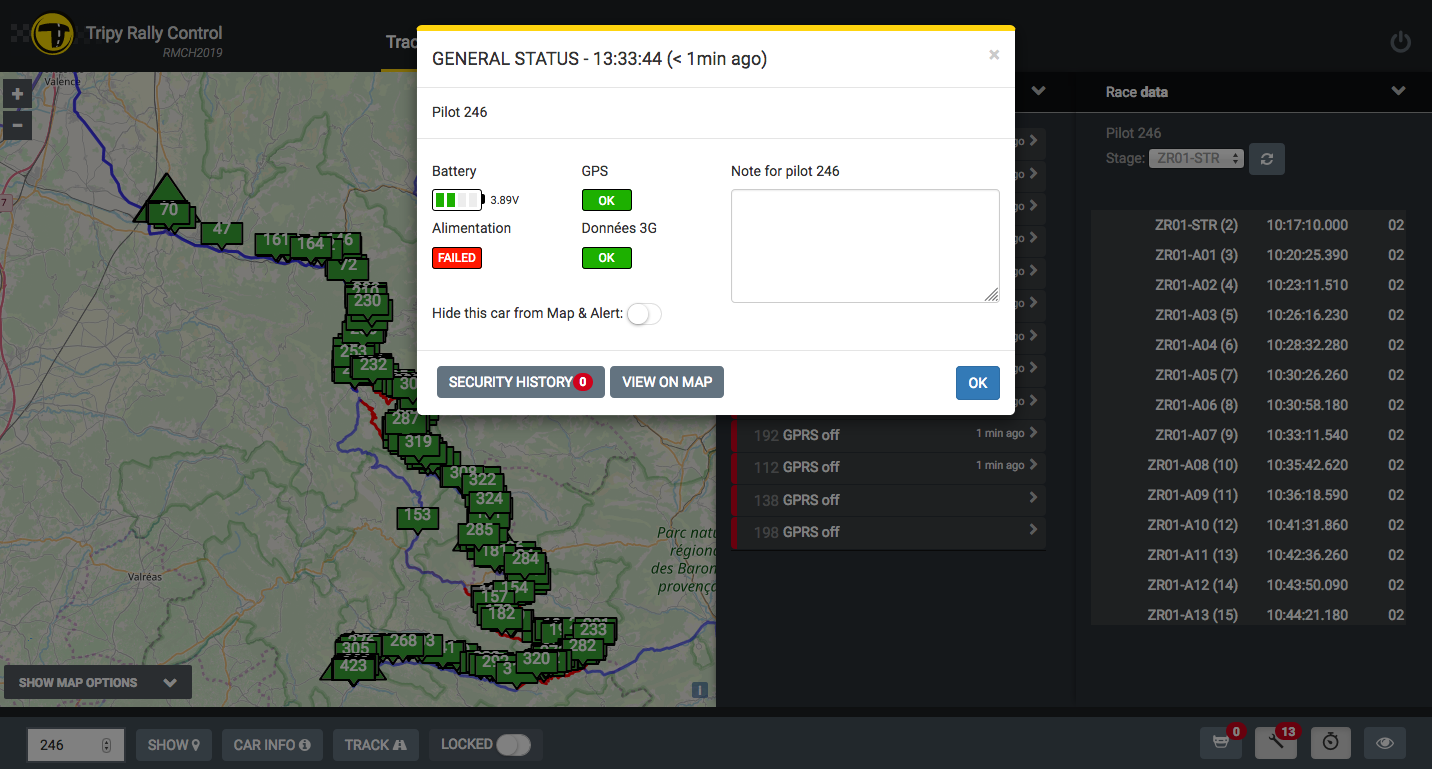